Background info:
Ever since Tiananmen Massacre on June 4, 1989, Hongkongers held June 4th Vigil every year at Victoria Park, Causeway Bay, Hong Kong. June 4th Vigil was banned in 2020 during the Wuhan Virus Pandemic (also named as Covid-19). Activists who entered Victoria Park on June 4, 2020 were arrested and jailed for illegal assembly. A year after, on June 4 2021, thousands of police officers started to lock down Victoria Park in the afternoon and blocked anyone from entering the park for memorial. The vigil organiser ‘Hong Kong Alliance in Support of Patriotic Democratic Movements’ disbanded in September 2021 under immense political pressure.

About the Performance:
Since 2010, a group of artists would put up a street performance art event, “Our generation’s June 4th” at the night of June 3rd in Causeway Bay, as an alternative way to commemorate all who once fought for freedom and democracy.

I laid down 64 white chrysanthemum flowers across East Point Road,
kneed down in silent tribute for 6 mins 40 seconds,
took off the petals from all the flowers,
and stored the petals in two glass jars.

On the next day, June 4th, 2021,
I took the petals the Happy Valley cemetery to pay tribute to Yeung Ku-wan, who was a revolutionist in the late Qing Dynasty and founded the Furen Literary Society in Hong Kong to spread ideas of revolution against Qing in 1890. 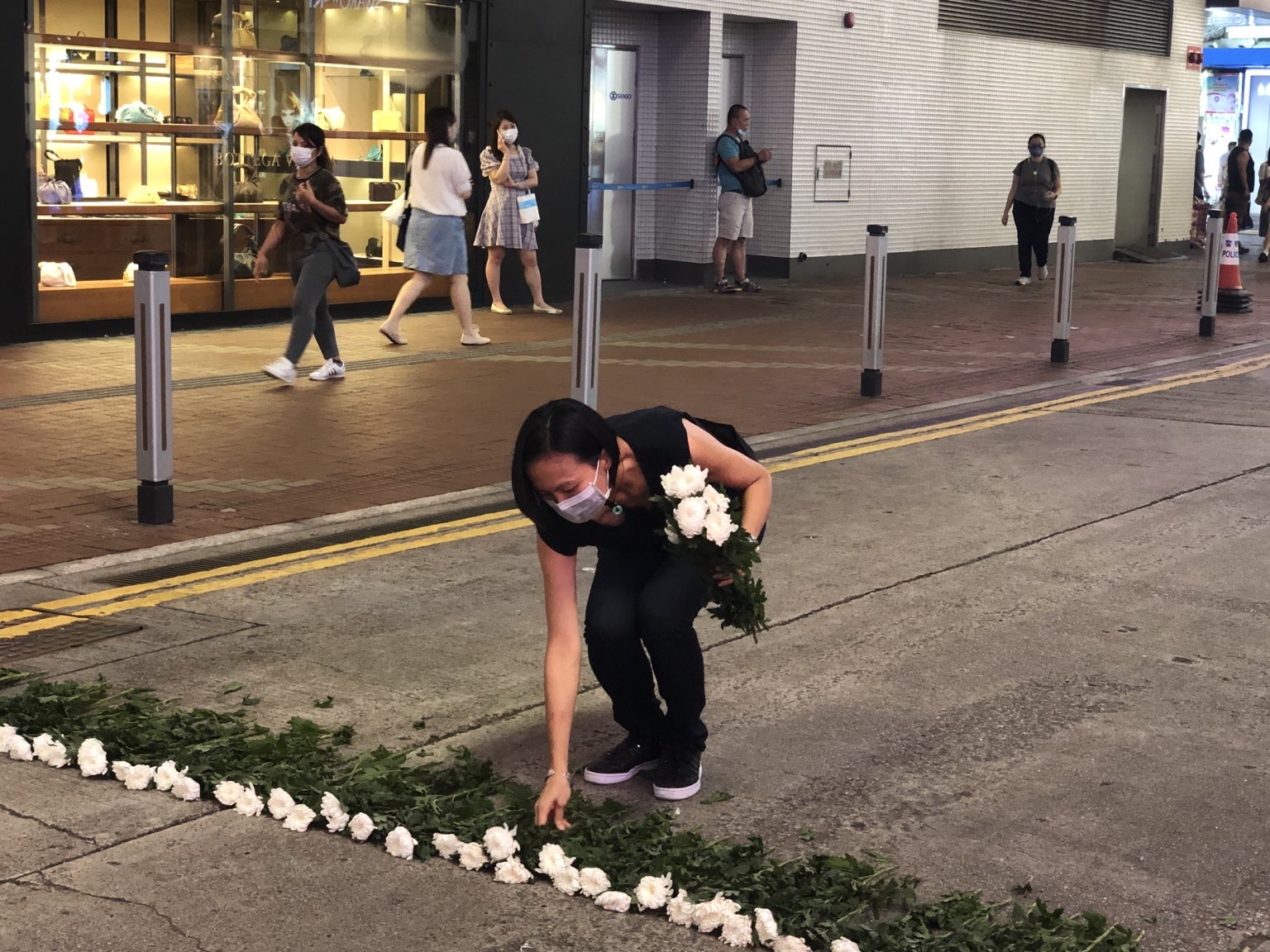 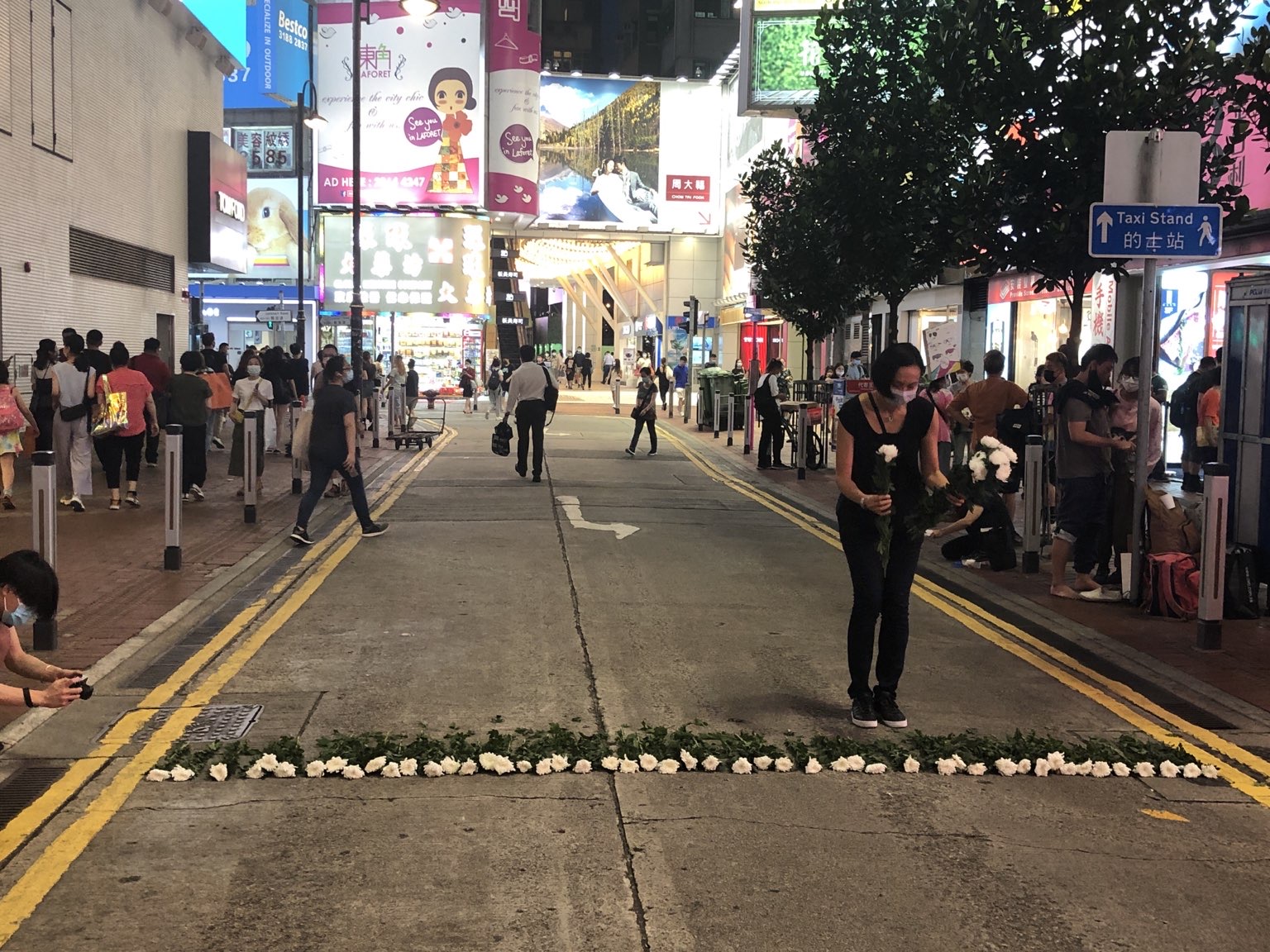 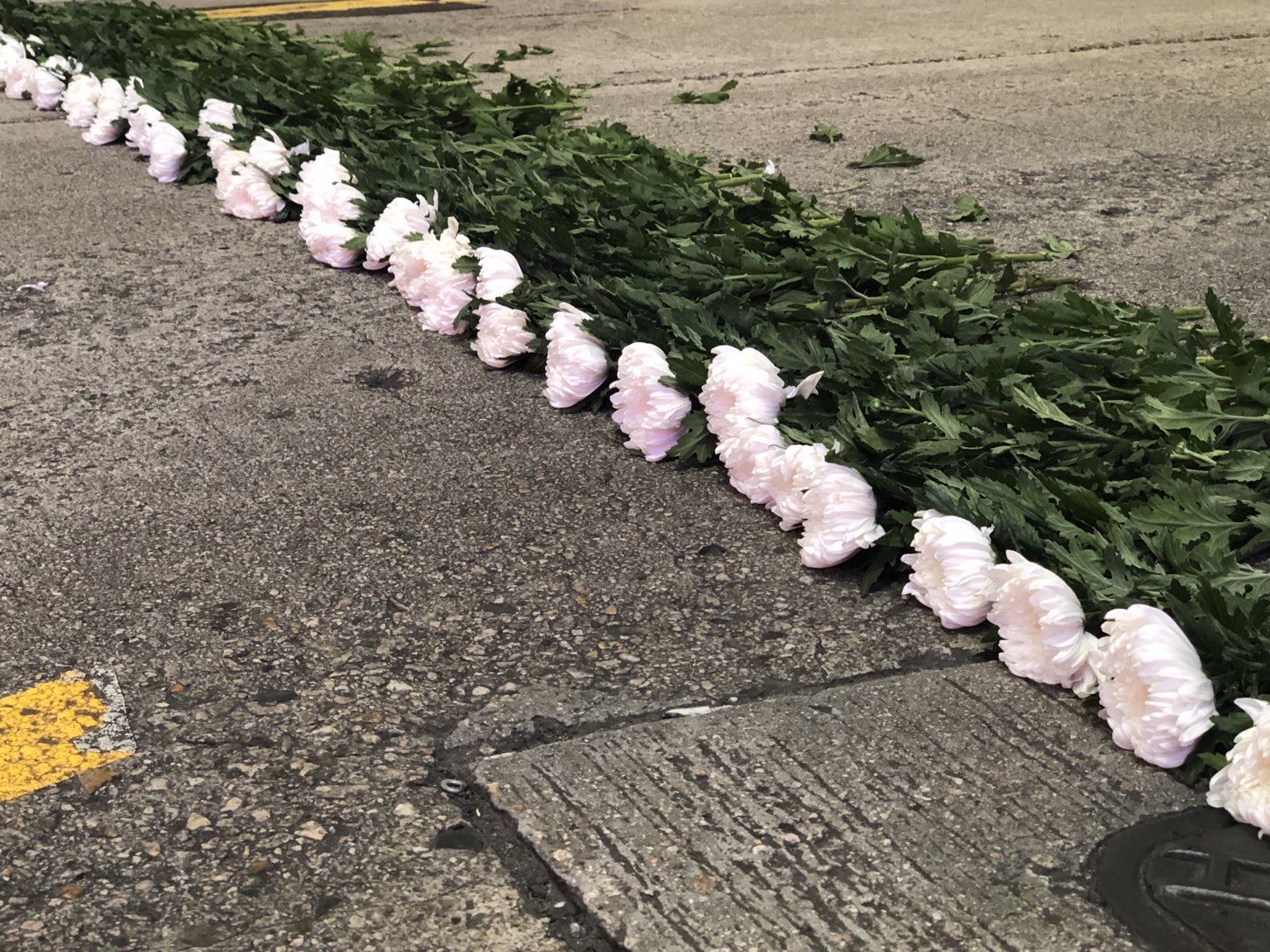 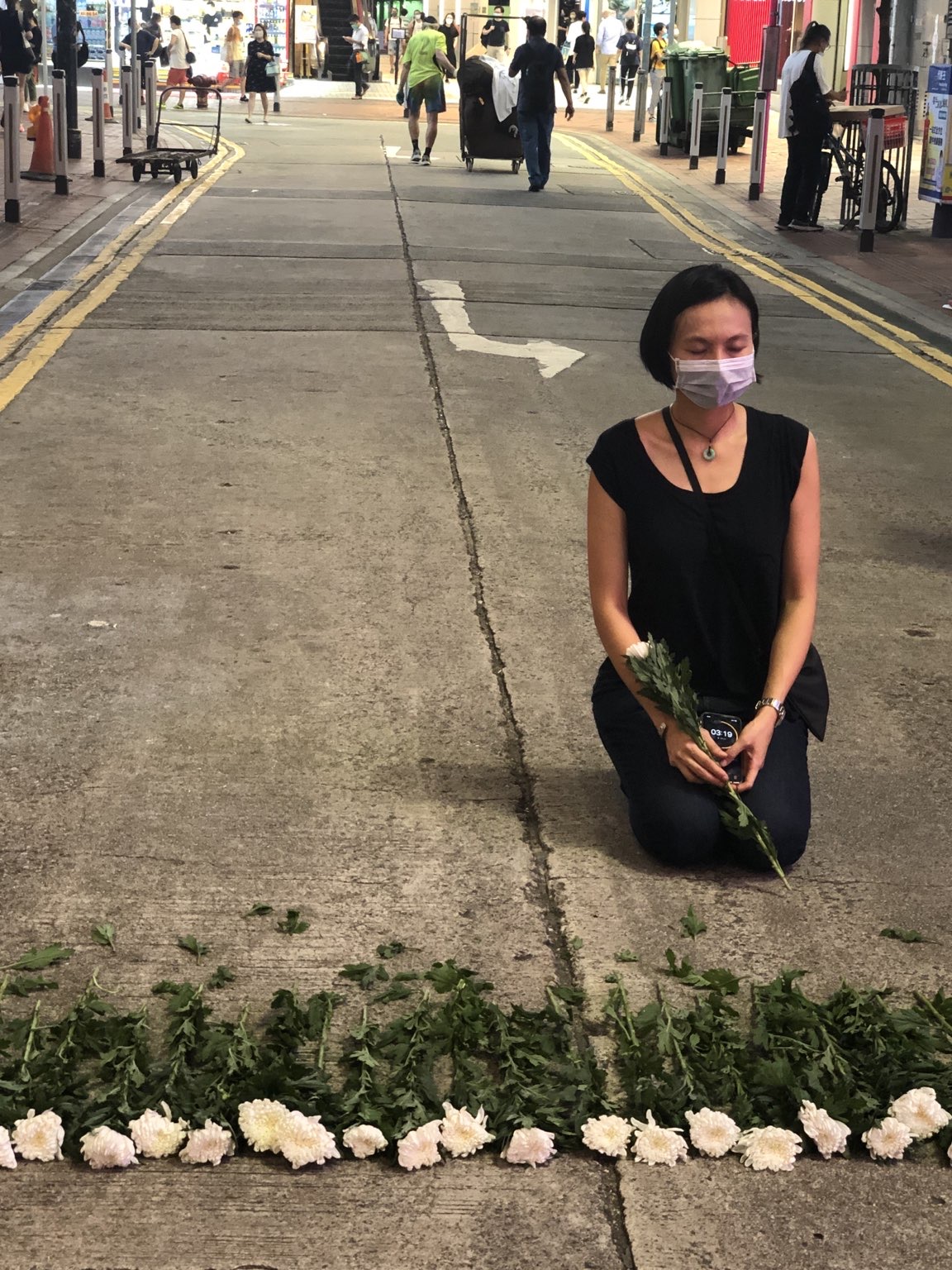 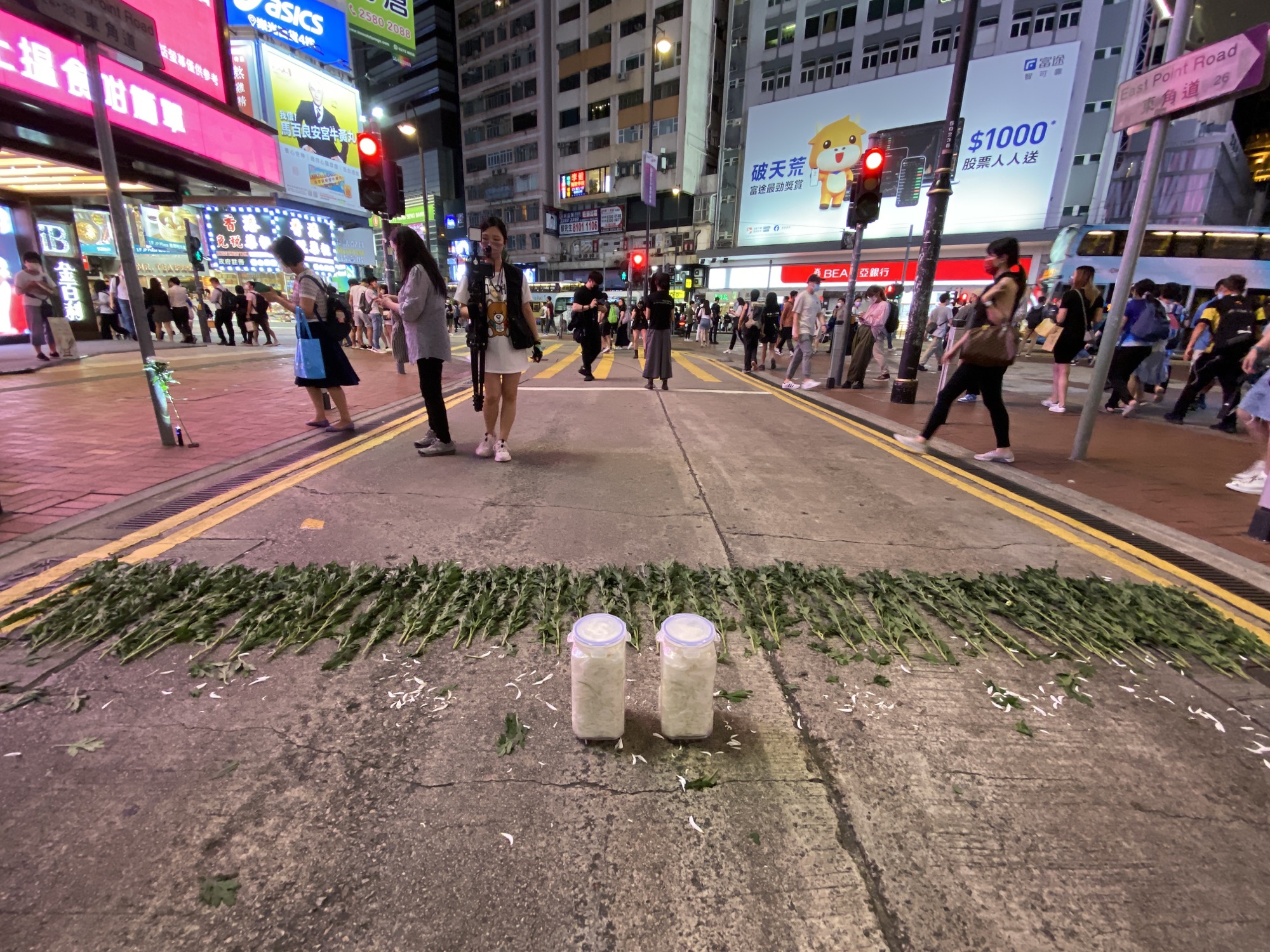 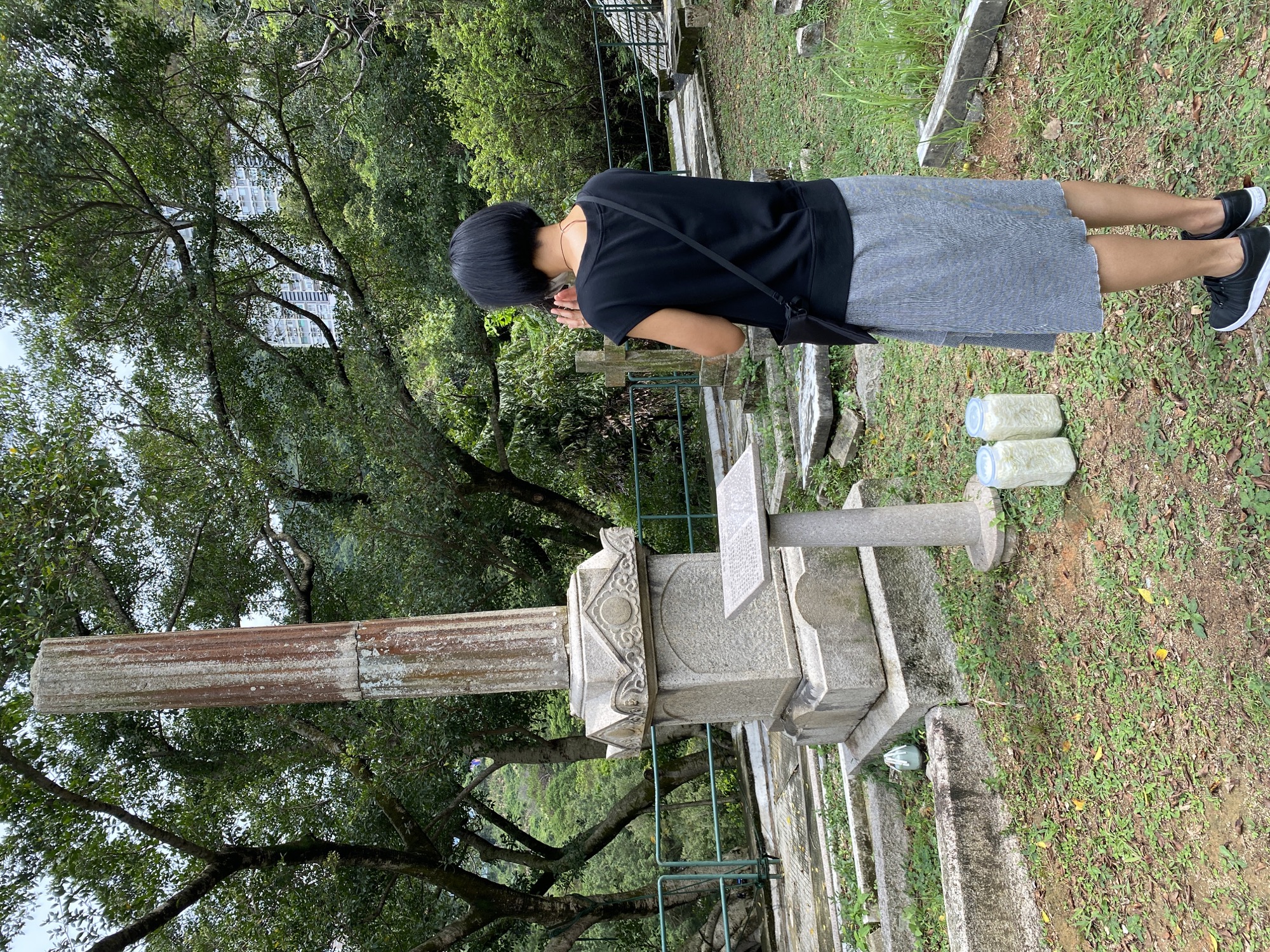 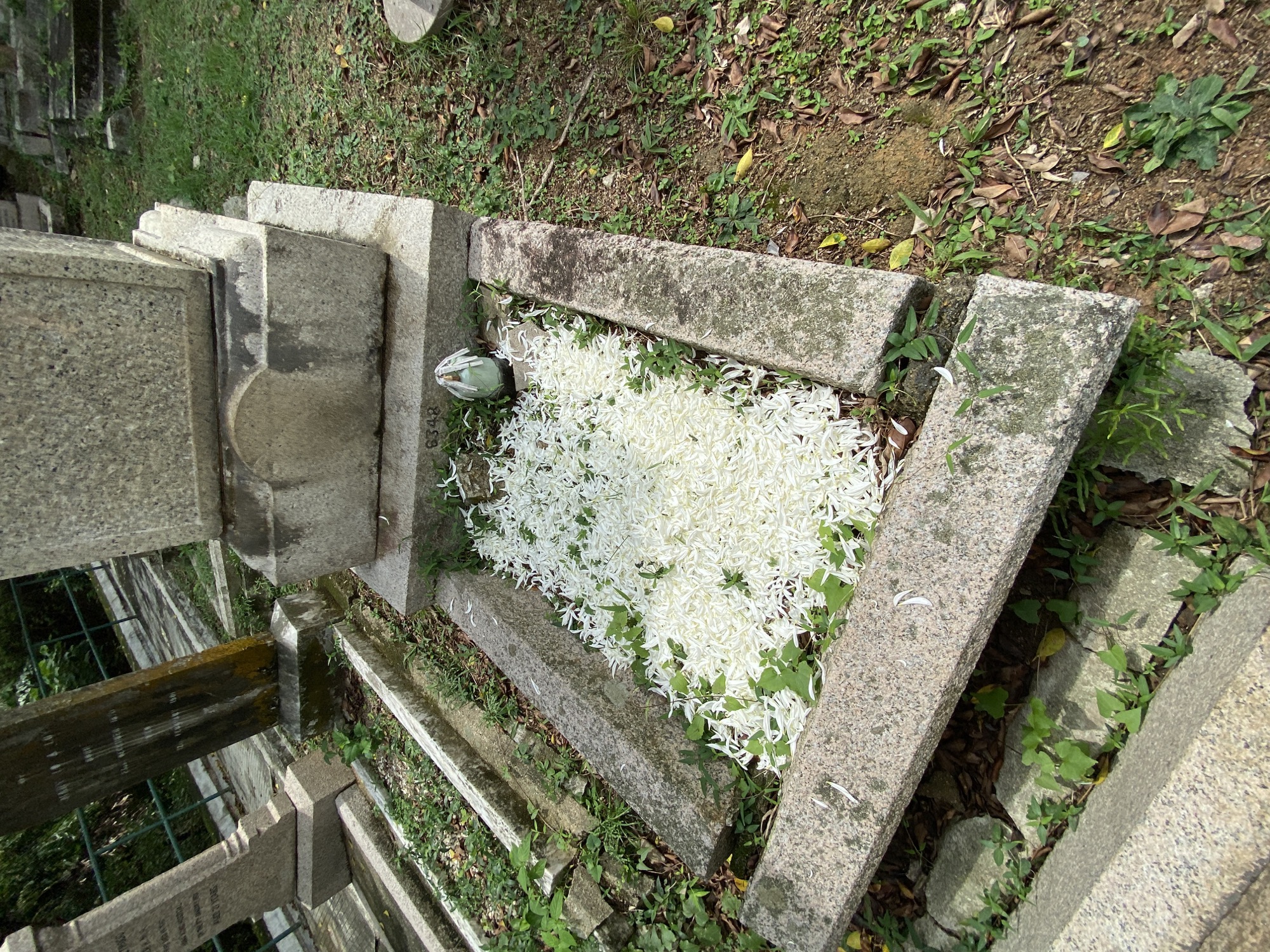